Not Coronavirus: Humans Are The Major Threat To Humanity

Biodegradable Plastic Bags- Why we should use them

The world is suffering from Coronavirus (COVID-19) while nature is thriving. What a coincidence it is, isn’t it? The human beings are locked inside their houses and animals are roaming around on the streets fearlessly. The pandemic is changing the world or we can say that it has given a chance to the nature to heal and to overcome from the consequences which it is facing from a long time by the hands of human beings. This pandemic outbreak has forced humans to lock themselves inside their homes which leaves the streets empty. The thousands of deers are roaming around in the Japanese City of Nara. Similar lockdown measures have brought wildlife into cities around the world. Coyotes have been sighted in the crowded areas of California, Illinois, and San Francisco. In Wales and UK, the herd of mountain goats moved into the town of Llandudno from the nearby country park.

Satellite data collected by the NASA and the European Space Agency shows that the air pollution is decreased at an unbelievable rate as the factories and heavy industries are shutdowns while the vehicles are also not allowed on the streets. There is a sharp reduction in atmospheric levels of nitrogen dioxide (NO2) which is produced by fossil fuel combustion. A similar trend in declining NO2 pollution has also been documented in all the major cities of the world. The lockdown measure has imposed in most of the countries to ensure social distancing and to prevent large gatherings. Companies urged their employees to work remotely which also led to a decrease in air pollution. This is a message from nature to mankind that the destruction of the habitat must stop.

Human Behaviour is the bigger enemy than the virus. It is believed that the first virus outbreak was smallpox and it happened almost 10,000 B.C. The relations of viruses with Homo sapiens was always there but the virus started spreading when humans ventures more into the wild areas and transform wildlife habitats. This outbreak is also related to wildlife trade. In 2014 to 2016, the Ebola virus outbreak took place which kills almost 90% of the infected people and it is considered as one of the deadliest viruses with the highest fatality rate. It was started in Africa and it believed that people get infected from the fruit bat or nonhuman primate and then virus spread from person to person, potentially affecting a large number of people.

During the last decades, the encroachment of human virus have increased in frequency and in the last 4 decades, all the major virus are the result of Human infringement in the wild areas. When we break into the ecosystem or try to transform them in any way we create an imbalance in the environment such as we create disproportion by deforestation, destroying natural habitats, and destroy the environment by pushing more carbon into it. It is believed that the bat is the carrier of the COVID-19 virus while on the other side bats play an important role in the ecosystem by being pollinators and eating insects. So we cannot blame bats for transmitting the virus. Deforestation causes the loss of bat habitat and it forces them to reside or roam in the human settlements. Human-induced environmental changes modify wildlife population structure and reduce biodiversity which resulting in new environmental conditions that favours particular hosts, vectors, and/or pathogens. Zoonotic outbreak risk is dignified in forest tropical regions where biodiversity is rich. Climate change is also resulting in driving the global emergence, resurgence and redistribution of infectious disease. Human actions are contributing in many ways in the outbreak of infectious diseases like COVID-19 and spread.

Almost 70% of all infectious diseases humans are zoonotic which comes to humans from animals. To help prevent the further outbreaks of zoonotic viruses like COVID-19, the illegal wildlife trade and the destruction of the habitats must stop. Humans are destroying the habitat and venturing into the wildlife areas which results in the high frequency of human virus spillover. We are already in the 6th mass extinction of species which is largely human-led. In this technological era, we are producing way more pollution, Carbon Dioxide and Nitrogen Oxide then humans can handle and it led to the less immunity which is another major factor that humans get severely affected by the virus outbreaks.

It is humans actions which are behind the outbreak of diseases and its subsequent spread across the world. This is the time when we start thinking and understanding that we are the reason behind environmental degradation, virus outbreaks, climatic changes, pollution, and effecting the global system. It is the high time that we should mend our ways and understand that natural degradation will cost us our fortune in the near times. We should start thinking and working towards environmental conservations. And we need to recondition the nature by working with it not against it. Just look around and see how nature is flourishing in this lockdown. It is embarrassing to see and to realise that we have ruptured the environment in the worst possible ways that it requires no human involvement to heal it again.

Nature is in crisis and threatened by the biodiversity and habitat loss, global heating, and toxic pollution and these are the must to know facts about pollution. If this time, we fail to act then we will fail the humanity. By addressing the environmental issues we can protect the environment as well as ourselves against the future global threat. It requires management of hazardous non-biodegradable and chemical waste; strong and global stewardship of nature and biodiversity; and a clear commitment to make this world a better place; facilitating the transition the carbon-neutral economies. We should start adopting the biodegradable products which help in decreasing the carbon footprint and plastic waste which is taking the environment to its worst. World Health Organization estimates that 4.6 million people die each year from causes directly attributable to pollution. Plastic is one of the major factors which is causing the environmental imbalance as every year almost 10% of the plastic gets dumped into the oceans which is equivalent to 700 million plastic bottles and plastic is made from petroleum which causes irreversible harm to the sea and 1 million seabirds and 100,000 sea mammals are killed by plastic pollution. The actions we take today can define our sustainable future and humanity depends on its resilience.

Traveller by passion, Aerospace Engineer by education, and Content Writer by profession. I am a travel freak and curious to explore different cultures and religions. Inclined towards the self-enlightenment with the knowledge I gather and I share with the world. 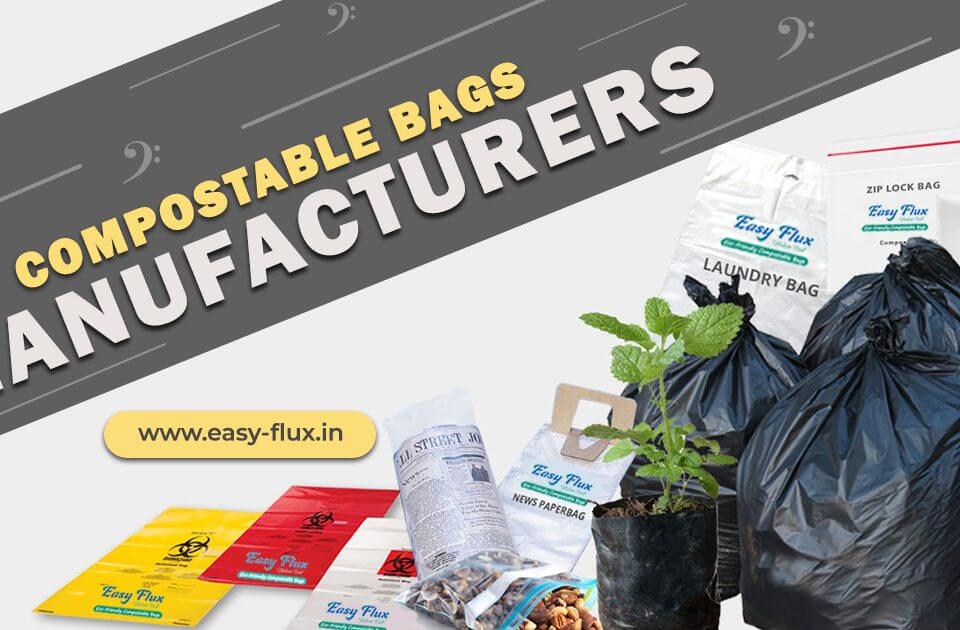 Biodegradable Plastic Bags- Why we should use them